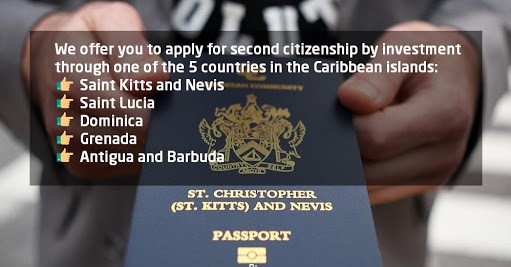 Citizenship-by investment programs attract a number of high net worth individuals in developing nations, looking to add a second passport  in their investment portfolio. A second passport provides a greater mobility along with visa free travel freedom. The CBI passport market has turned into a $5 billion industry annually.

According to IMF article   “Offering citizenship in return for investment has been a “win-win” for some small Caribbean states. The substantial inflows of funds from these programs have helped boost employment and growth. Inflows to the public sector alone in St. Kitts and Nevis had grown to nearly 25 percent of GDP as of 2013”.

Another IMF article says Citizenship by investment is a growing phenomenon –  The rapid growth of private wealth, especially in emerging market economies, has led to a significant increase in affluent people interested in greater global mobility and fewer travel obstacles posed by visa restrictions, which became increasingly burdensome after the terrorist attacks of September 11, 2001. This prompted a recent proliferation of so-called citizenship-by-investment or economic citizenship programs, which allow high-net-worth people from developing or emerging economy countries to legitimately acquire passports that facilitate international travel in Europe and Schengen Area.

Christian Kalin, Chairman of Henley and Partners says, “A second citizenship is like an insurance policy of the 21st century”

The most important reason why these ‘citizen by investment’ programs gained so much popularity recently, citizenships are approved  very fast within 2-3 months without any trip to the country and there are no residency requirements. Exceptions are Malta requires one year residency, Cyprus requires 6 months prior residency.

There are number of investment options available under citizenship-by-investment.

In 2019, there are some 14 citizenship by investment available in the world.

The following list of countries that have official and legal citizen by investment programs. We will also compare the value of these passports using three different passport ranking indexes.